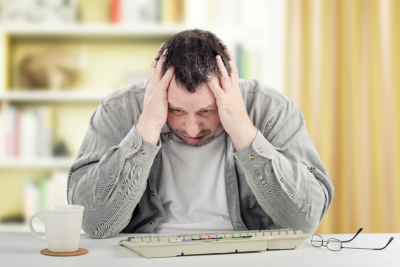 Mental health, even though being a significant component of everyone’s well-being, is unfortunately disregarded and stigmatized. Moreover, issues of men’s mental health are often silenced in society. The low rates of diagnosed depression and high rates of suicide have a catastrophic intersection among the U.S. male population.

Why is it like this and why are men less likely to seek treatment for mental illnesses compared to women?

Symptoms of Depression
It is important to recognize that since symptoms of depression are not the same in men and women, men do not experience sadness when depressed, instead they often experience:

Male Stereotypes- Boys don’t cry
The stereotypical persona of the tough man still exists in our societies and prevents men from seeking help and treatment. Many boys are still taught from a very young age to “be strong”, “tough”, and hold back their emotions because “Boys Don’t Cry”. This damages the coping skills and the ability to process their emotions and makes them unable to relate to the emotional level of the vulnerable people. It is because people around them are not so supportive and are not willing to be responsive.

Some other reasons why depression in men is underreported are because emotional articulation in the traditional male role is not valued, and often it’s very difficult to talk about what is wrong. The lack of adequate tools to talk through aggravates the feelings of failure and can make accurate diagnoses more difficult.

The Risks of Stereotypes
Suicide is the 2nd most apparent cause of suicide in men under the age of 44. Overall, 70% of the suicides are recorded to be of men. It is critical to breaking the stigma and the cycle of silence by educating the youth and men in our communities about the causes and risks of untreated mental health issues.

Depression is often a combination of hopelessness, mood regulation, merged with medical conditions, and extreme levels of stress. Men often suffer from the frustrating dichotomy of depressive behaviors that impact both their professional and personal lives. Such vulnerability can also lead to fear of losing their career and social isolation.

What Can You Do
Every day allows us to fight the stigma. As parents, we can cultivate an environment for the emotional growth of our sons. For all the men in our lives, we must check on them and encourage them to openly talk about their feelings, emotions, and mental health without judging them. We can encourage healthy mental health activities for them, such as sound sleep, healthy nutrition, and physical activities. We can make sure that the men around us have the information about their options for seeking help and treatment and offer to accompany them, as well as often following up with them.