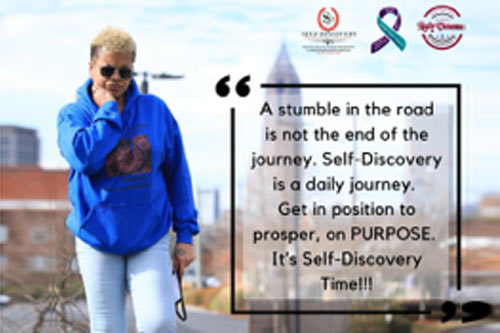 October is the month that emphasizes upon raising awareness about mental health. This month is dedicated to spread knowledge about screenings that are convenient and affordable to prevent any irreversible damages occurring in future. October is said to be National Bullying prevention month, Domestic Violence awareness month and National Depression and Mental Health screening month. To become a part of it, one can start by learning about terms like bullying, domestic violence, depression and mental health. Below is a discussion made on each term and the prevention method.

October is National Bullying prevention month– A month that focuses on spreading awareness on bullying. The aim is to arrange campaigns that target to educate people about bullying and its types, to get help in response to bullying instead of being scared, and to know about the negative impacts of bullying on your life. This month reminds us that students, parents, teachers and school administration need to play their roles to bring a positive change.

Bullying is a habitual act of tormenting physically, emotionally or mentally someone who is weaker. The aggressive behavior results in acts that leave a lasting impact on victim’s life. Bullying is usually more common in schools and colleges that includes actions of making threats, spreading rumors or attacking someone. It can also occur through technology, also said as cyberbullying in which individuals indulge in spreading wrong information or embarrassing videos and pictures via emails or text messages or fake profiles on social platforms.

There are different types of bullying that individuals experience in their daily lives.

Bullying is not confined to children only. it is experienced by adults as much. Whether it is workplace or gatherings, adults face all kinds of bullying. One way to prevent bullying is if you are a bystander of bullying you must raise your voice against it, reach out to the bullied and support them. If you are the one being bullied and scared to stop it ask for help from people around you or call 911. If you are a bully, you need to realize how your actions are hurting others.

In year 1989 October was proclaimed as National Domestic Violence Awareness Month. This month is dedicated to spread awareness among victims to stand up against domestic abuse. Domestic violence prevails in a community affecting people of every gender, religion, age or nationality.

What is Domestic Violence?

Domestic violence can result in permanent injuries, emotional trauma and often times death. The outcome of domestic violence can last long and repeats over generations. One can prevent domestic violence to prevail by knowing it, taking help and standing up against it initially.  Know phone number to a nearby shelter to shift immediately to a safer place. Spread awareness among victims being a survivor, document your experience, it encourages others to take a step against it. Checking on friends and relatives regularly is a way one can offer to call for help immediately, this gives confidence to the affected ones.

Depression is a serious mental illness that affects human brain adversely. One tends to lose interest in day to day activities, there is persistent sadness and loss of hope. It inhibits ones normal functioning abilities.

There are different types of depression depending upon circumstances.

One must seek professional help and be screened every now and then. Depression is treatable, professional help must be prioritized among all the available options. Each one of us can play our part to prevent any major consequences from occurring by checking on our dear ones regularly, offering help and supporting those who are struggling.